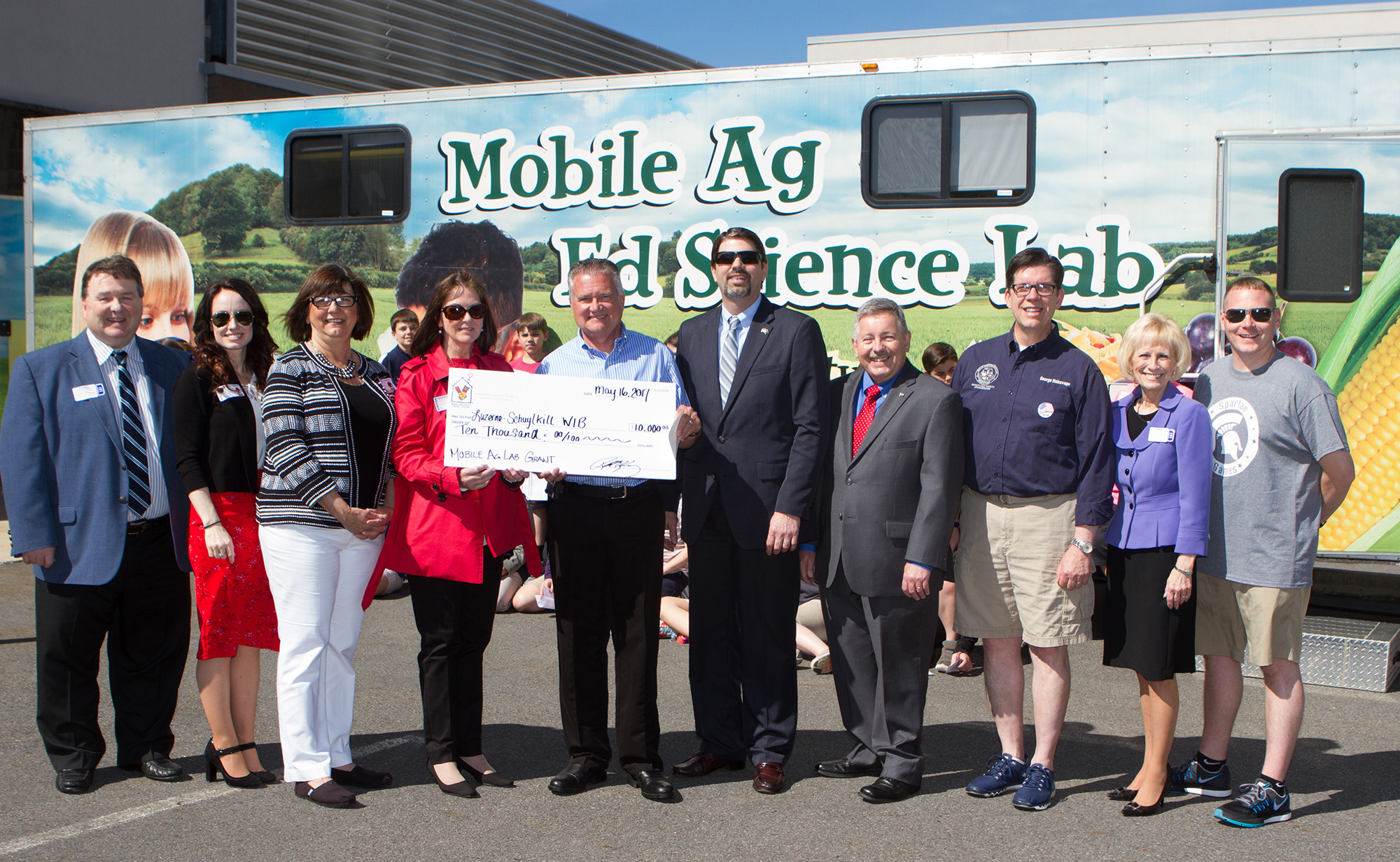 The Council and the Luzerne Schuylkill Workforce Investment Board (L/S WIB) recently teamed up to bring the Mobile Agriculture Education Science Lab, which was made possible by a grant from the Ronald McDonald House Charities of Northeast Pennsylvania, to North Schuylkill and Shenandoah Valley. The grant was obtained by the L/S WIB, in conjunction with the Schuylkill Chamber of Commerce and the Pittston Chamber of Commerce.

Gregory Hostetter, the Deputy Secretary for Animal Health & Food Safety at the Pennsylvania Department of Agriculture, visited North Schuylkill Elementary School on Tuesday to watch students as they used the lab to learn about the importance of agriculture and the food on their table.

During the mobile lab’s visit to North Schuylkill and Shenandoah Valley in Schuylkill County, as well as additional visits to Pittston Area, and Wyoming Area in Luzerne County, more than 3,000 students in first through eighth grades used the lab to complete science experiments that helped them gain a better understanding of the scientific process and an increased awareness of agriculture’s importance in their lives. The 40-foot trailer has 12 lab stations where students work in groups of two to solve a problem as they form a hypothesis, conduct an experiment, collect data and draw conclusions. Through the experiments this week, students will learn about various aspects of agriculture, including Pennsylvania’s primary commodities, the environment, biotechnology, nutrition, food and fiber.