Back in late March 2012, Danny Altobelli faced an interesting situation. He, along with the rest of Deidre Anchorstar’s YES class would be taking a tour of Yuengling Brewery to learn all about the history of the company, as well as the career opportunities available at one of the largest employers in Schuylkill County. While most students would be absolutely thrilled at the thought of learning more about Yuengling, Danny on the other hand, had a reason to be timid. His own mother, Debbie, would be his class’ tour guide for the day.

What could have been a terribly embarrassing experience for Danny, turned into a very pleasant one, as he was only called on a few times. The subtle callouts weren’t the normal razzing you would expect, it was because of his familiarity with the plant. Even owner, Dick Yuengling, stopped by to give a few words of encouragement to the class. He also spoke very highly of Danny while he was there. 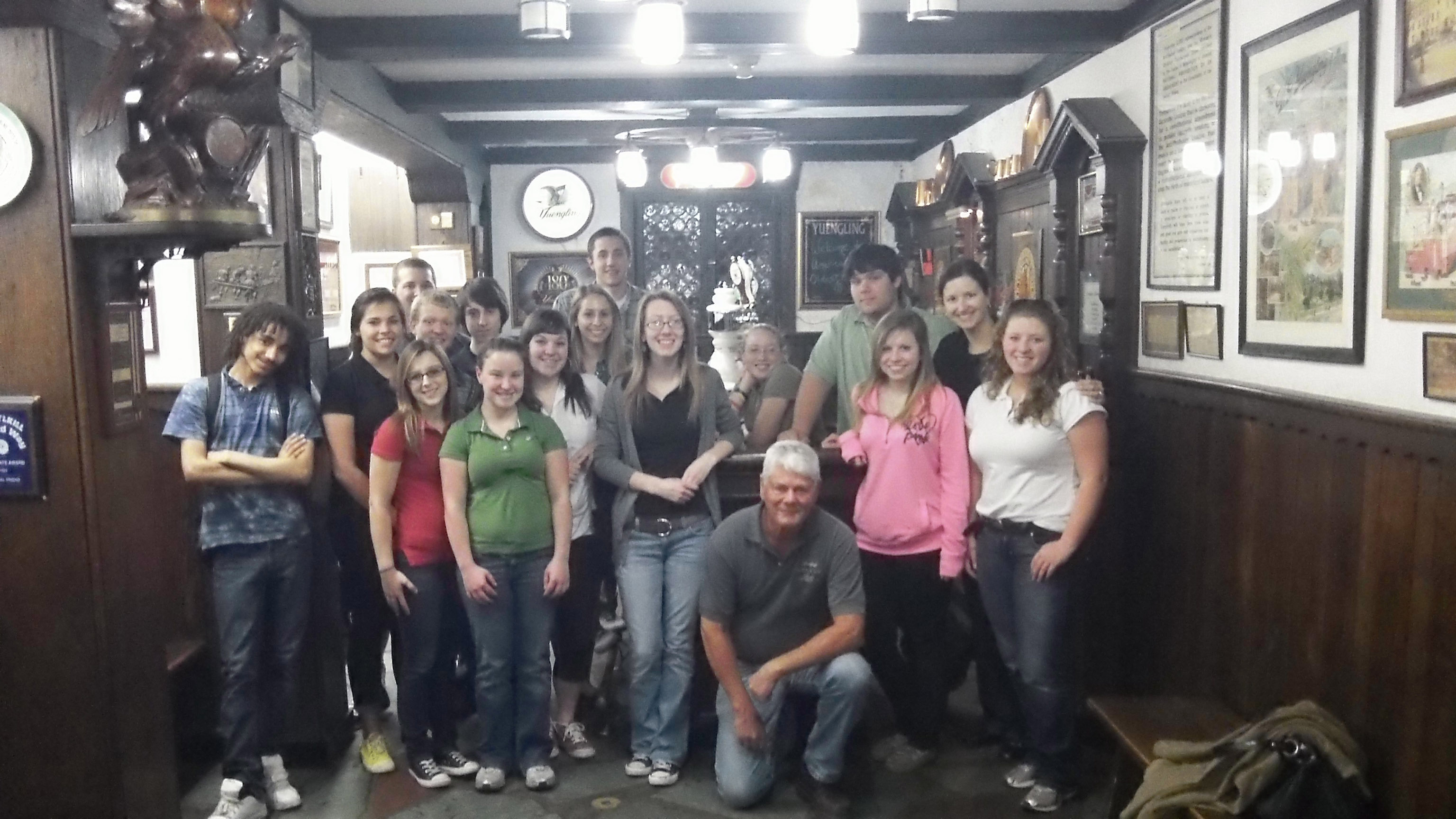 It was this experience, coupled with many other previous visits to the plant that fueled Danny’s desire to be an electrician. This hands-on relationship between business and education is exactly what the YES program aims to accomplish. He found that out more and more as the course progressed. “I knew the course would provide useful knowledge about all aspects of the workforce,” he said. “It gives you the opportunity to see what job choices you have and how to prepare yourself for your career.”

Offering many tours over the years, Debbie has been a longtime supporter of the program and was excited by Danny’s decision to become a YES student. “I think the YES program is very important for students to take,” she said. “It gives them a wonderful opportunity to see what kinds of careers are out there, how to be professional and the opportunity to get a glimpse of what it’s like to be on the job.”

“After Danny took this course, I feel he gained more confidence and became more responsible in many ways. It gave him more drive to work hard for what he wants in a career and out of life.”

Danny went on to gain his YES certification, as well as his high school diploma and is expecting to graduate from Thaddeus Stevens College of Technology in May 2015 with a degree in Electrical Technology. He has a job lined up at the Yuengling Brewery in Pottsville as an electrician when he graduates.

Cumulatively, the YES Program has put through over 4,000 students and has seen almost 1,200 graduates. Those 4,000 students have gone on over 275 tours since the program began in 2006. If you or your company would like to become involved with the program, please call the Council office at 570-622-0940.